Virtual reality allows a form of fusion with digital worlds like no other medium before it. In professional circles, this is described by the word “immersion”, which describes the effect in VR that lets the user’s awareness of the fact that he is exposed to merely illusory stimuli step so far into the background that the virtual environment is perceived as real. There are still a lot of things to improve, like motion sickness.

However, as many current systems already achieve in this respect, there are still some obstacles to absolute immersion. 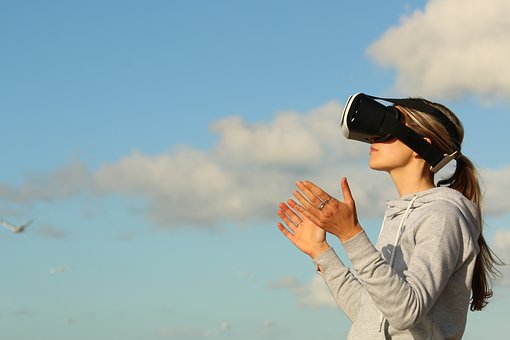 These then record the movements of the lower body and send them wirelessly to the game as data with a latency of 20 milliseconds. In practice, this means that the VR user runs on the spot to move his virtual alter ego. In addition, the system is able to recognize when you stretch one leg backwards or sideways, which also allows lateral and backwards movements. However, if you stretch your foot forward, your character will automatically slip forward to prevent fatigue during longer sessions.

One sensor weighs 35 grams and, according to the manufacturer, lasts about 10 hours before you have to recharge the batteries. Kat Loco will be officially launched in August and will then be compatible with Oculus Rift, SteamVR, Viveport and Playstation VR, with the latter requiring a special adapter. How far the system will be compatible with current applications remains to be seen as well as the final market price.